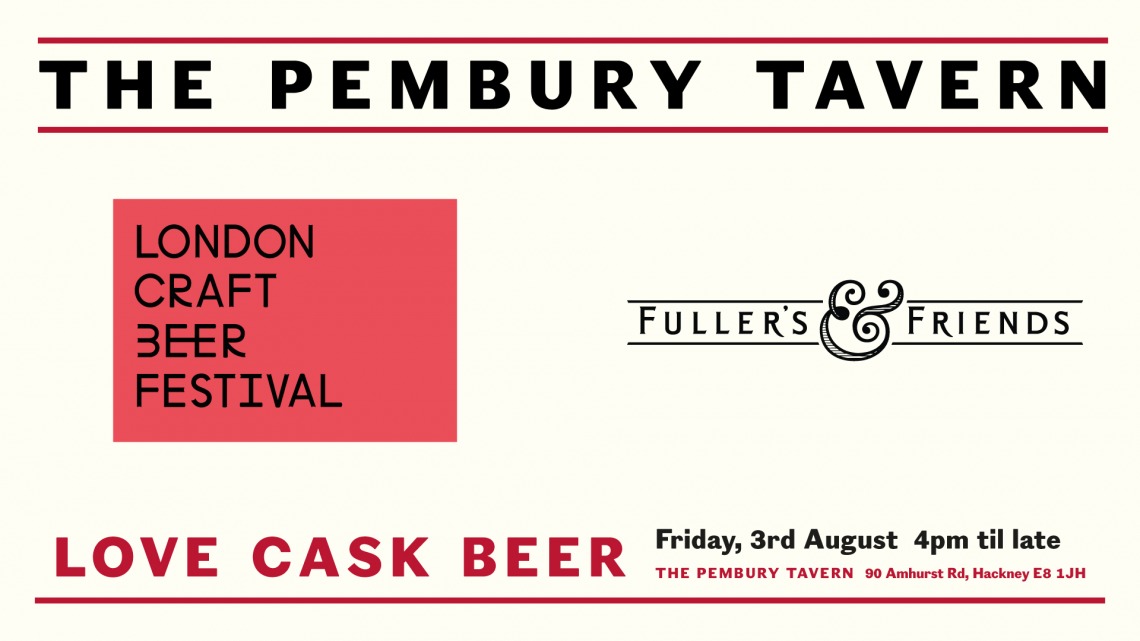 Join us after the Friday session at London Craft Beer Festival at The Pembury Tavern.  Alongside Five Points cask beers, there will be Fuller’s & Friends Collabs and a few other tasty treats pouring on the bar.

It’ll be your chance to try our brand new Transatlantic Golden Ale, launching at the festival’s Cask Yard that day. We’re super excited to be able to share with you a collaboration brew which we’re incredibly proud of, brewed with a brewery we greatly admire and respect for their contribution to the London beer scene across the past century.

Line up so far:

You can check out the Facebook event page here, and keep your eyes peeled for a blog post on our collaboration launching this week.