To celebrate Living Wage Week - which kicks off today - we wanted to take a practical look at the ways in which paying the Living Wage can benefit staff. 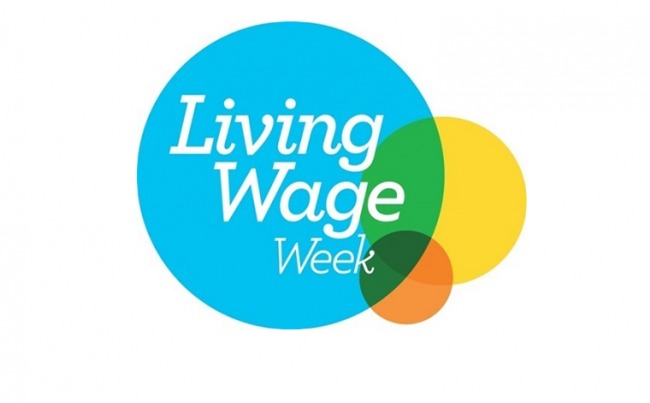 Earlier this year we took over The Pembury Tavern, the historic pub opposite our brewery, and on the landmark ‘five points’ junction that we are named after. When we relaunched the pub following a five week long refurbishment in Autumn 2018, we were proud to do so as a London Living Wage employer, ensuring that the minimum rate of pay for all bar staff was the London Living Wage rate of £10.20 per hour.

The real Living Wage is the only UK wage rate that is voluntarily paid by over 4,400 UK businesses who believe their staff deserve a fair day’s pay for a hard day’s work.

The Five Points has always been incredibly passionate about paying staff a fair and realistic wage. We are proud to have been the first brewery in the UK to pay the Living Wage, and advocate the rewards that a fair wage can bring to both the individual and the business; especially in a city like London.

In this post, we chat to the awesome staff at The Pembury and ask them the question, “Why is the London Living Wage important to you?”

Dani, Assistant Manager
Employee at The Pembury Tavern for 7 and a half years.

Going onto the Living Wage made an immediate difference to everyday life for me.

Little things such as being able to buy lunch or grab that morning coffee on the way into work make the world of difference. Those little luxuries have a huge impact on your mood and work performance.

I have a lot more motivation now and I give it 100% when I go into work. You feel a lot more appreciated, so you go that extra mile to make sure the job is being done as well as it could be.

I was living off of £100 a month previously after paying all of my bills. The cost of living in London is incredibly high and underestimated with some employers. It is fantastic working for a company who recognises this issue and invests in their staff. Thank you Five Points.

Rikki, Duty Manager
Employee at The Pembury Tavern for 5 years.

I always found it a little difficult to keep up with rent and bills on my old wage until London Living Wage came in to the picture. Now, I find it a lot less of a struggle to reside in London; I can pay my rent and bills and still be left with money for myself afterwards. I have since felt far more passionate about my job, and found that I work twice as hard.

It has made me truly enjoy working in the beer industry all over again, and I am truly grateful for that!

Luke, Duty Manager
Employee at The Pembury Tavern for 7 years.

Living Wage has made a big difference for me. I don’t have to worry about money as much any more – I can do simple things like buying breakfast when I want and getting new games. I have also managed to upgrade my terrapins tank and equipment! With London Living Wage, it makes you feel more valued as a team member.

To celebrate Living Wage Week this year, The Pembury Tavern, our taproom in the heart of Hackney, will be showcasing beers from fellow Living Wage accredited breweries.

Watch out on our social media over the next week for beer announcements!